The Wine’s Anvil novels are historical fiction blended with adventure.

The only familiar characters shared between the various novel series are the grapevines themselves.

The  Immortalize series sets the stage in 8th Century BC Phoenicia, Iberia, and Gaul. It is an ongoing series of the novels Immortalize, Immortalize; Ends of the Earth and, coming in 2023,  Immortalize; Tin Gods. There will be additional titles, provided I don’t die first.

Tynged takes place at the seeds of young Charlemagne’s early court in 8th century AD France. It is a stand-alone novel. It is deeply religious-based, though I am not. It was simply an era of faith, miracles, and convert or die.

Children of Breton takes place amongst the intrigues of Cardinal Richelieu’s 17th century Loire Valley. The current novel is Children of Breton, and two more books to make a trilogy are half-written, but I have pulled back on the reins of this series for now. These are intense character dramas, and I need more writing skill and nuance to help bring them to life in the way I feel them. I also need to learn how to adjust or drop most of the long French titles that cost me so much of my American audience!

Here are the tasting notes for the current Wine’s Anvil collection: 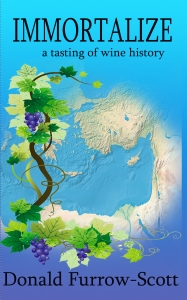 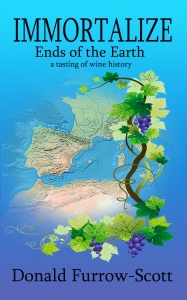 There were once a secretive people of the sea; their knowledge ancient, their skills legendary, and their beloved goddess under siege. But on the sea, they were free. To explore. To trade. To live.

Where the waves of the Syrian Sea wash against their coastal harbors, a Phoenician royal family tries to keep its trade routes to Gibraltar a secret for one more generation. In their tarshish ship’s noble wake, a black-wine sage of the Mysteries joins them to cross the Mediterranean on their expedition to Carthage and then further on to legendary Tartessus.

Wandering stars and mystic signs can guide the wise and confuse the foolish. Oracles reflect on the hidden truths of life, seers divine what is and isn’t ahead, and prophets foresee their fates entwined in the struggles of the immortal gods. Yet, the grapevine is the only genuinely timeless character in this story. How will a plant that cannot crawl more than a few feet from its roots learn to swim the sea? How will a vine entangle kings? How will a wine come to be a god?

Looking to buy? Start with the first book of the pair, Immortalize, and travel across the ancient Mediterranean. If you enjoy it, then the adventure continues over ancient Iberia in Immortalize; Ends of the Earth. Both Immortalize novels are currently available on Amazon in Kindle and paperback.

www.amazon.com/Immortalize; Ends of the Earth

Gisela is Charlemagne’s treasured younger sister. She adores the stories of the Saint’s grand adventures against pagan witches and magic. When fairies entrap their little brother Pepin in the tremendous old grapevine of Saumur castle’s courtyard, though, it forces her to choose between her future or saving his. She decides to hide amongst the young children of the village families, whose parents are prisoners, being marched towards young Prince Charles in the Breton March.

Swept along with the rebellious vineyard workers, she must cross the lines of privilege and culture to make new friends along the way. But what will this journey cost her in body and soul to find Charles and try to save the enchanted vine of their little brother with an indulgence? Can she ever find her way back into Royal good graces?

The fate of red wine in the Loire Valley may well hang in the balance.

Looking to buy? Tynged is currently available on Amazon in Kindle and I paperback. 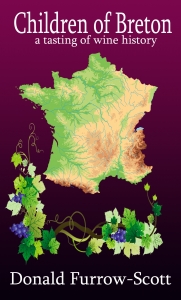 Tiran has a lot on his mind for a young man. Wine. Women. Noble wars and religious uprisings. An overshadowing family name and a potential life of celibacy. All these thoughts conspire to send Tiran abroad across Europe during the early 1600s, but a disturbing apparition compels him to return to France and face them once again.
When an old mentor lures him back into the Loire Valley with an offer to help develop a red wine grape, Tiran thinks he may have finally found his peaceful life in the vineyards. As both Tiran and the wine catch the eye of the powerful Prime Minister Cardinal Richelieu, though, his mind only becomes more troubled by his choices.
Will Tiran lose himself entirely into the intrigues of Cardinal Richelieu’s spy networks? Will he drown himself in his passions of pleasure, to doom his name and soul forever, or will he surrender himself up to a life serving God in the clergy?

In the Children of Breton series novels, our immortal red grapevine watches it all unfold as, beneath its leaves, its clusters slowly mature into the Cabernet of today.

Are you looking to buy? Children of Breton is currently available on Amazon in Kindle and paperback. 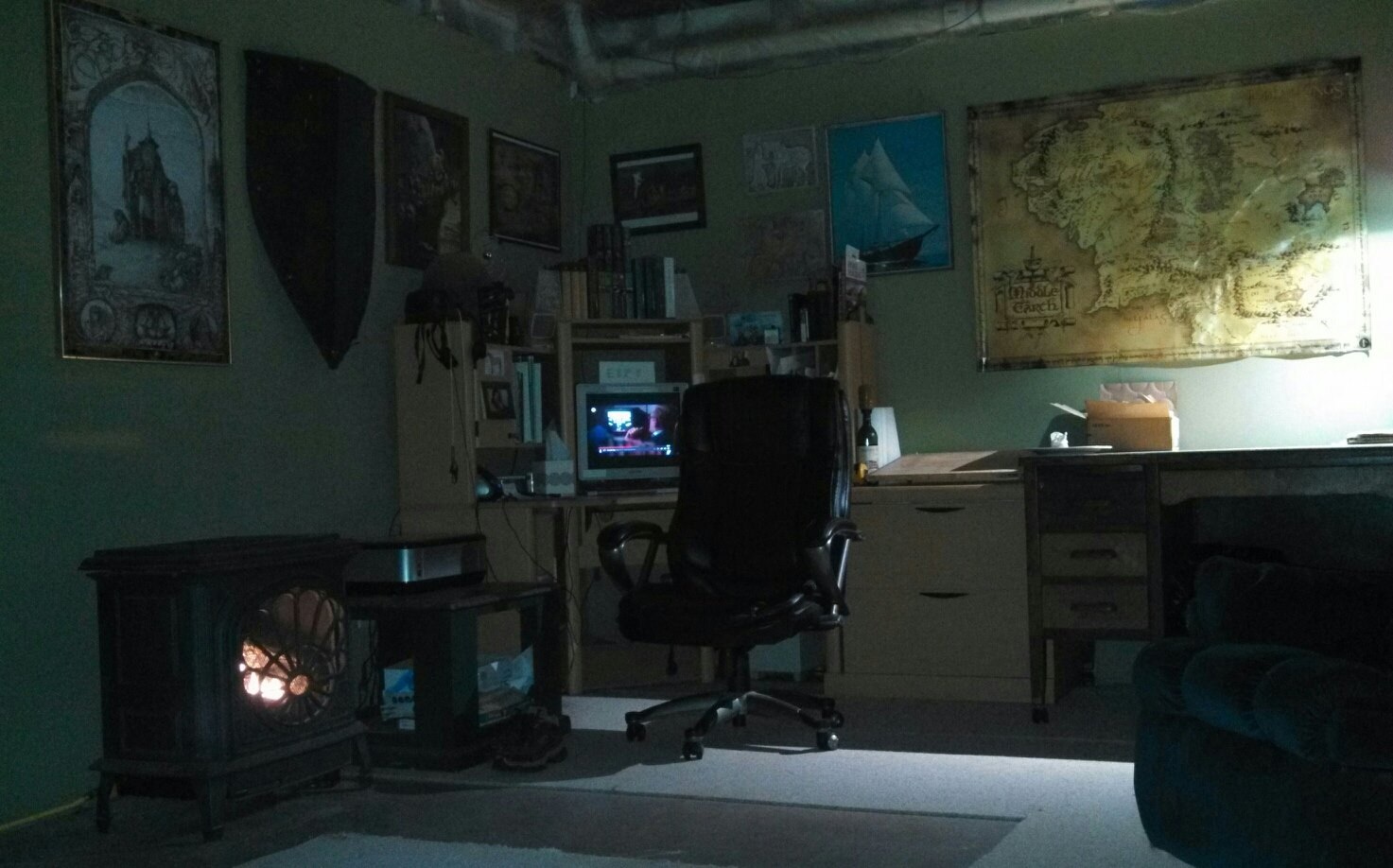